NEW:  There is now a challenge deadline of midnight (CDT) July 31, 2014 for the challenge. All submissions will be posted with my response no later than the end of the day September 30, 2014.


I have put my money where my mouth is in the past. I made the $10,000 Global Warming Skeptic Challenge where I said that I would pay $10,000 to anyone proving, via the scientific method, that man made climate change is not real. So far, there has not been any takers. Lots of people have looked at the challenge, but apparently the deniers aren't as sure of themselves as they claim to be.

The rules are simple and are the same as for the $10,000 challenge:

4. Entries do not have to be original, they only need to be first;

5. I am the final judge of all entries but will provide my comments on why any entry fails to prove the point.

Simple, right? In fact, if you listen to the skeptics I will have to be writing a check within a day or two because they all claim 'the science isn't settled.' Fine! Prove it! Are you telling me you wouldn't like to take $1000 from someone that advocates global warming is real?

This is not a joke and it isn't a bluff. If someone can provide any valid scientific evidence that anthropogenic climate change is not real, then I will write them a check.

But, I am sure my money is safe. I would not have made this challenge if I didn't already know the answer.  The scientific evidence for global warming is overwhelming and the only way you can believe otherwise is if you reject science.

NOTE:
I have to wonder why none of the deniers have taken advantage of my offer. After all, they claim it is so easy. I have addressed this issue in one of my postings. 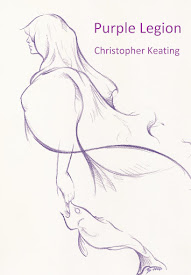 A work of literary fiction by Christopher Keating