Tom Harris of ICSC is Engaging in Censorship

Tom Harris, the paid shill of the fossil fuel industry, is paid to publish articles and letters in the media advocating anti-science, pseudo-science, falsehoods and false arguments to support his clients in the fossil fuel industry. That is bad enough, but now we know he is also engaged in censoring comments that point out just how wrong he is in his claims. He does this by 'flagging' any 'inappropriate comments' (read: has actual science in it) and the comment gets removed. Harris has confirmed himself that he does this (note how many comments are deleted in this conversation).


Of course, the irony is Harris is one of the deniers engaged in the "we only want a debate" claim.


If he really wants a debate, why is he censoring anyone who disagrees with him? This truly shows the lack of validity in his claims. The fact that he continues to deny his connections to the fossil fuel and tobacco industry is another one:

FYI, my organization, the International Climate Science Coalition, is not right-wing (our participants come from across the political spectrum), is not funded by "big oil," and are not lobbyists or "shills" for industry of any short. I have never worked as a PR rep for any company or sector.
Tom Harris
Executive Director, International Climate Science Coalition
Ottawa, Canada

You can tell a lot about someone by the company they keep. I would say the company Harris is keeping in the picture reflects poorly, except I'm not sure it doesn't reflect poorly on them that they are keeping company with Harris. 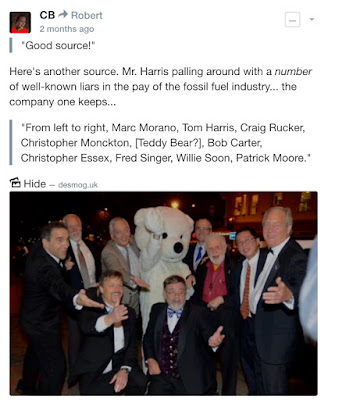 I make the offer to anyone who gets their comments deleted by Harris. Send them to me and I will publish them in a post that Harris, or anyone else, will be unable to delete. Here are some examples of posts Harris had deleted. Click on the image to expand them: 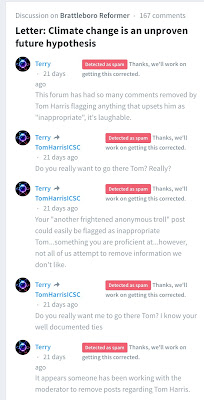 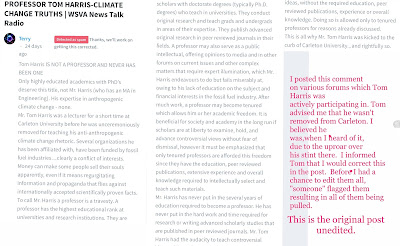 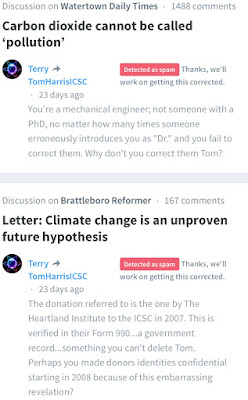 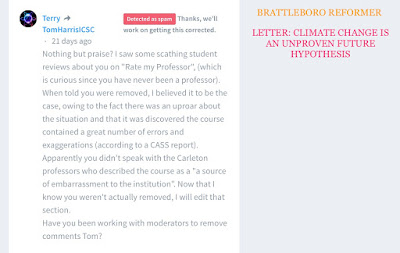 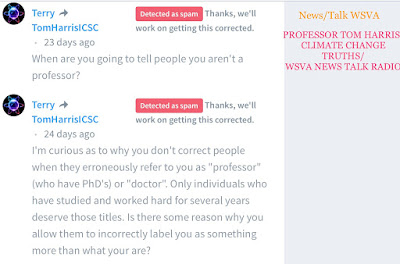 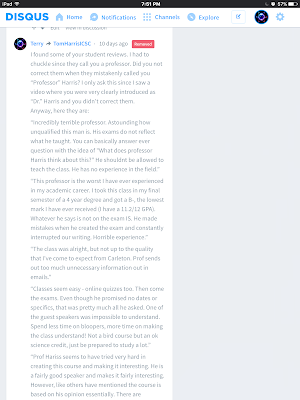 Keep up the good work, Tom. You're making deniers everywhere look the way they truly are - bad.
Posted by Dialogues on Global Warming at 3:33 AM