The opinion piece “A new EPA approach for Pruitt” (Washington Post, March 1, 2017) is written by Tom Harris, a known fossil fuel advocate. You can read more about Tom Harris and his activities here. The following is an examination of this piece to expose various instances of deceit, false logic and outright lies.

Lie Number 1: The opinion piece subtitle is “Climate science must be subjected to fair and open debate.” The anti-science people who deny climate change have demonstrated the last thing they want is a ‘fair and open debate’ on the topic. The reason is simple – they don’t have any credible science to support their claims and have never produced any despite essentially limitless opportunities to do so. I have repeatedly offered to debate the issues in public and am still waiting for any of them to accept. I will renew my offer right here: I am willing to engage anyone who denies manmade climate change is real in an open and public debate. You may contact me via this blog. I am not the only one willing to do this. The only reason there has been no ‘fair and open’ debate is because they have failed to accept the invitations to do so. Harris know this.

Deceit Number 1: In the first paragraph, Harris states the Clean Power Plan (CPP) “would have no measurable impact on climate (sic).” Let’s look at the facts. No reduction in greenhouse emissions will remove the gases already present in the atmosphere. Future climate change from these gases is inevitable. There is very little that can be done about that. Actions such as the CPP work to reduce the additional emissions we will be emitting in years to come and help prevent additional damage that will be done on top of what we have already dialed in. Harris is deceitful in his statement by leading the reader to believe the CPP will have no effect at all. Read the review of the CPP by the Union of Concerned Scientists here.

Deceit Number 2: In the second paragraph, Harris speaks of former EPA Administrator Gina McCarthy and characterizes her guidance as a “misguided support for the climate scare.” This is a statement provided with no supporting evidence at all and prejudices the reader to believing the policies of Administrator McCarthy are unfounded. McCarthy has a Master of Science in Environmental Health Engineering from Tufts University and has had a long career working in the public environmental policy at the state and federal level. She has a long and distinguished track record. Her policies on climate change are supported by over 99% of climate scientists published over the last several years. This amounts to several tens of thousands of scientists from countries all over the world. In summary, Administrator McCarthy has the training, background and the expert science to justify her policies. Harris failed to mention any of that. Read more about Administrator McCarthy here.  Scott Pruitt has a bachelor’s degree in political science and communication and is a lawyer. He has no background in science.

False Logic Number 1: Harris states, “The United States has a moral obligation to set a good example in addressing serious global issues. Whether man-made climate change concerns are warranted or not, trillions of dollars and millions of lives are at stake.” This is very confusing. Harris has already called climate science “climate scare” and stated McCarthy’s support for policies addressing the problem were “misguided.” How can there be millions of lives and trillions of dollars at risk?

Lie Number 2: Harris states, “It should certainly not be Ms. McCarthy’s approach of considering only one side of the science and demonizing experts who disagree.” This, of course, is an outright lie. Science does not have more than one side. It is the understanding of the natural world. There is science and that’s it. Harris is not a scientist, but he has a degree in Mechanical Engineering and it is not reasonable to believe he does not know this. By inferring there is more than one side to science is a falsehood – a lie. All fact and credible science is considered and it is all available for all people to see. This includes the public, administrators and even Mr. Harris. The people who are being demonized are the ones who lie about the science in order to interfere with any actions to address the problem – the same problem Harris has already stated will cost trillions of dollars and put millions of lives at risk. This interference benefits the fossil fuel industry – the same people who are providing the funds for this campaign.

Deceit Number 3: Harris then states, “The public needs to have confidence that the government is giving a proper hearing to all reputable points of view, not cherry-picking the science to support a politically convenient narrative.” Here, without actually stating it or providing any kind of supporting evidence, Harris has led the reader to believe the climate science community is cherry-picking the science and that there is a political motivation to their actions. The fact is, if there was any science to support Mr. Harris claims, there are plenty of organizations that would be very pleased to support that research and publicize the results. ExxonMobil and Peabody Coal would gladly provide any such support. In fact, ExxonMobil has a climate science group it has funded for decades and this in-house research has confirmed the reality of manmade global warming and climate change. ExxonMobil states it "believes that climate change is a serious issue requiring research for solutions." Mr. Harris repeatedly talks about research supporting his claims. And yet, I have never seen him produce any supporting science. He has had plenty of opportunity and means to do so, but has never produced any.


Lie Number 3: Speaking of Mr. Pruitt, Harris states that Pruitt “has repeatedly promoted fair and open debate about climate change science.” In fact, Pruitt tried to scrub EPA web pages of climate change information, but was forced to back down.  Scientists at the EPA have been told their scientific findings will need to be reviewed on a “case by case basis” before it can be disseminated to the public. This is far from promoting a “fair and open debate.” This is censorship.

Lie Number 4: Continuing, Mr. Harris states, “In light of the recent charges by a former National Oceanic and Atmospheric Administration scientist that agency researchers are manipulating data to support climate alarmism.” This is in reference to an article that appeared in The Mail, a less than reputable media source in the UK. The writer of the piece, David Rose, is well known for writing false articles and not verifying his facts. This was one of those times. He claimed a former NOAA scientist, John Bates, stated the NOAA data had been manipulated improperly in order to support papers published on climate change. The problem is that John Bates never said that and was quick to make that clear, stating “The issue here is not an issue of tampering with data, but rather really of timing of a release of a paper that had not properly disclosed everything it was.” Bates also stated in an interview, “no data tampering, no data changing, nothing malicious” involved with his colleagues’ study. “It’s not trumped up data in any way shape or form.” It is not reasonable to believe Mr. Harris was not aware of this. He is trying to walk a fine line by not actually stating the data was tampered with. Instead, he is stating a former NOAA scientists made these charges. In fact, that did not occur. Read more here.

Deceit Number 4: Referring to people who disagree with the science, he calls them, “the many scientists who do not support the climate scare,” and “the courageous men and women who take a more realistic stance.” The problem is he is unable to produce anyone who is not knowingly taking funds, directly or indirectly, from the fossil fuel industry and can produce any credible science to show manmade climate change is not real. And, he is dismissing the many tens of thousands of climate scientists who agree that manmade climate change is a reality. And, don’t forget that Harris has already stated that trillions of dollars and millions of lives are at risk. Why would that be the case if manmade climate change isn’t real?

Lie Number 5: “Mr. Pruitt must instruct EPA staff to stop pretending that the science is settled and instead listen to both sides of the controversy.” The science is settled. Any statement contrary to that is a lie and Harris knows this. In fact, Harris has frequently stated in comments sections that he has never stated manmade climate change is real (Yes, he has, but that’s another issue). If he is willing to state for the record that he has never stated it isn’t real, then why is necessary for him to encourage Pruitt to ‘stop pretending the science is settled’ when Harris has already stated it is settled?

Deceit Number 5: The next paragraph contains a legal argument with the claim this procedure applies to science, one of “questioning, re-examining, changing ideas and rejecting old ones when reputable new information surfaces.” Mr. Harris is trying to convince the reader that this isn’t happening in climate science. In fact, the exact opposite is true and Mr. Harris, as a mechanical engineer, knows this. He also knows that if someone were to find evidence that published papers were in error, that person would gladly, and quickly, publish his or hers own results. No scientist in the world is going to pass up the opportunity to publish a good paper. And, as I stated before, there are plenty of organizations that would enthusiastically support that research. Mr. Harris knows all this, but fails to mention it.

Deceit Number 6 and False Logic Number 2: Harris stated, “the 11 EPA “public listening sessions” in 2013 on the Clean Power Plan avoided states where electricity price increases would have been the highest as a result of the new rules. Of the top 10 states with the highest percentage of electricity generated from coal, not one was included in the EPA meetings.” He is careful to limit his claim to 2013. There is no mention of meetings in other years and the CPP was not announced until 2015, leaving plenty of time for those meetings Harris laments. But, what is the relevance of that statement? State EPA agencies are responsible for public meetings within their states, not the EPA.

Lie Number 6: Harris uses one of the current favorite lies among climate change deniers when he refers to carbon dioxide pollution and states, “grade school students know is the stuff of life, the very opposite of pollution.” 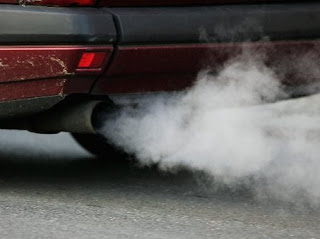 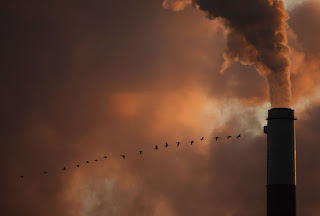 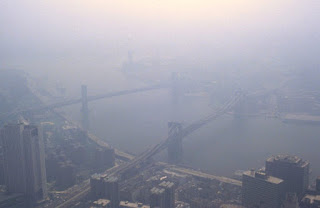 Mr. Harris wants you to believe this is all natural and the very stuff of life and isn’t pollution. Fortunately, even grade school kids know better.

Deceit Number 7: “Cleaning up climate-related parts of the EPA website should be very high on Mr. Pruitt’s priority list.” This, of course, is censorship. Why is Mr. Harris advocating censorship in an article he claims is encouraging a “fair and open debate?” There is a major disjoint in his statements for all to see.

False Logic Number 3: Interestingly, referring to Pruitt, Harris states, he “needs to help the U.S. concentrate on hardening its infrastructure to extreme weather and other inevitable natural phenomena.” Why do we need to take these measures when, according to Harris, it is only a ‘climate scare?’

So, the final tally is that I have identified four instances of false logic, seven instances of deceit and seven outright lies. There may be more, these are simply the ones I addressed.

Now, you decide for yourself if you are going to consider Tom Harris a credible source.
Posted by Dialogues on Global Warming at 12:10 PM