When it comes to Arctic sea ice extent, the minimum, which occurs in September, is the star of the show. It shows up in the press every year now and gets a lot of attention. The record shows there is a strong downward trend in the amount of the Arctic Ocean that is ice covered at the end of summer. The record for the last 30 years has shown a dramatic trend of reducing sea ice. Last year saw a welcome recovery of almost 50% growth from the fall of 2012. However, 2012 was the lowest extent ever recorded and the 2013 recovery was still the sixth lowest amount ever recorded. Hopefully, the recovery will continue, but the long term trend has been very clear. 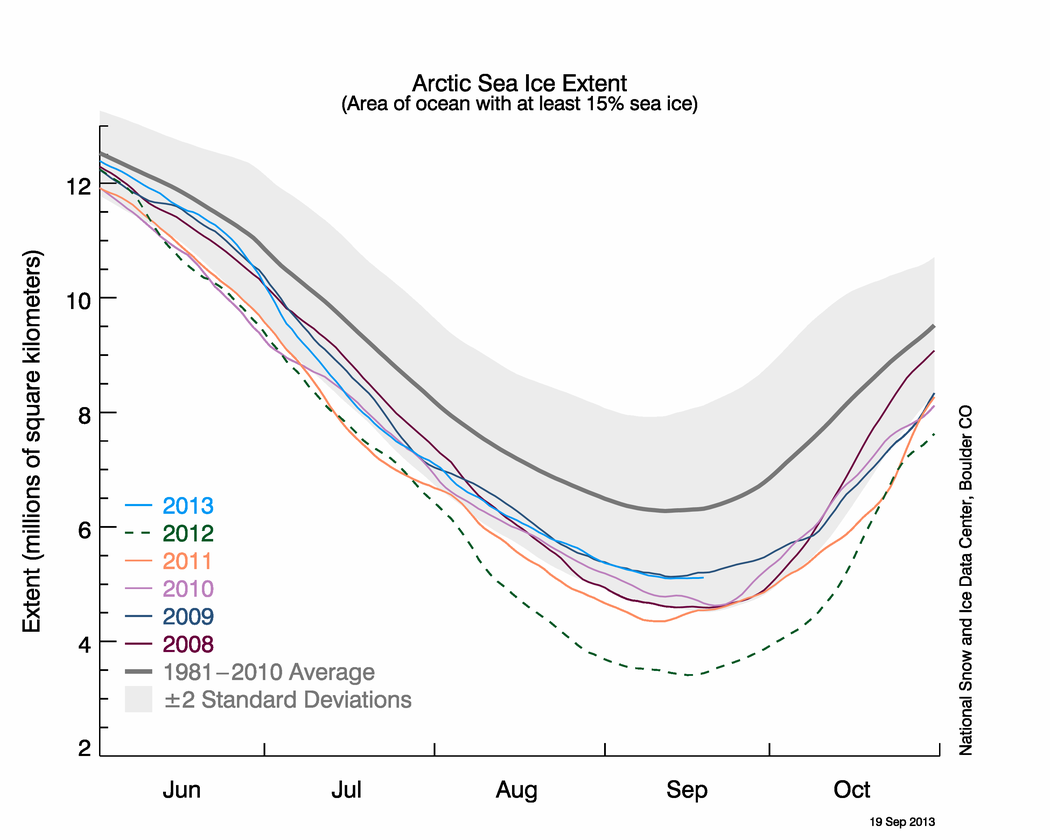 There is another important marker in the sea ice extent and that is the maximum amount, which occurs in March. This, too, has been on a downward trend for that last several decades. Below is a plot of the January ice extent, which is also falling, at a rate of 3.2% per decade. 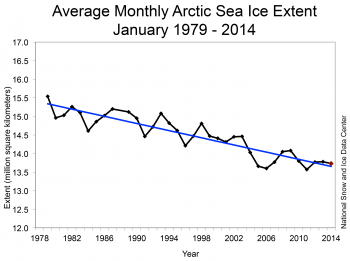 The National Snow and Ice Data Center publishes a graph showing the extent of Arctic sea ice, which it updates daily. Unfortunately, we can see the maximum extent is not looking good. We are just there and this year's measurements show the extent to be much lower than the long-term average and even below last year's amount. It should be noted that last year saw a surge in cover at just about this time. Hopefully, we'll see another surge. There is some good news, though. Measurements by the European Space Agency's Cryosat indicated the ice volume in October 2013 was 50% higher than the ice volume at the end of 2012.

The current levels are not encouraging at this time, but we can hope.