Global Warming Has Not Stopped

One of the most common false arguments climate change deniers make is that global warming has stopped. This is remarkable for a number of reason, the first being that it is simply not true. But, I also find it amazing how the deniers keep pulling this out, no matter how many times they are shot down. So, let's review this claim to see just how much validity there is to it.

First, let's be clear of what is going on. Deniers point at a plot of data such as the one below and say, 'Ah ha! There has been no warming since 1998. If we draw a line from there to today it is a flat line!' See for yourself.

This is what is known as cherry picking, selecting the data to get the desired result. The problem is, why pick 1998? If we pick 1999, the next point on the graph, we get a tremendously different result. The line starting at the 1998 data point is pretty flat. The line starting at the 1999 data point increases quite a bit. The fact is, both would be cherry picking and both would be false arguments. That is why scientists use averages and long-term trends. We are not trying to obtain some predetermined result - that is what the deniers do, not scientists. We are trying to find out what is going on.

But, even if we cherry pick the starting point the denier claims are not true. Look at this plot of data from NASA/GISS: 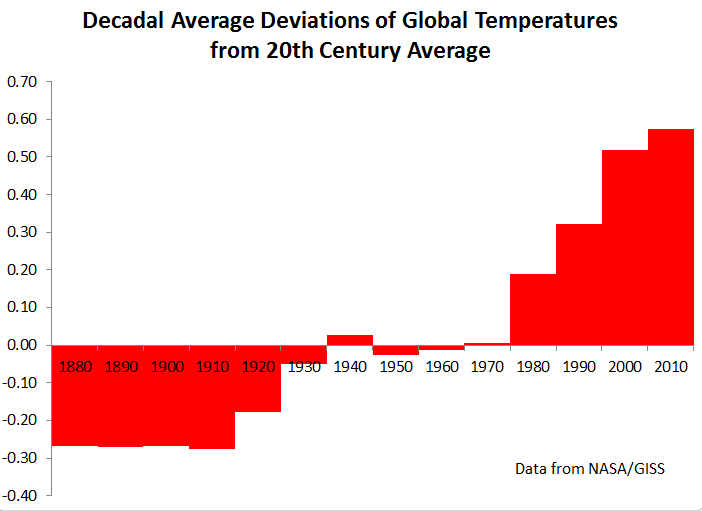 Clearly, the warming has slowed down in recent years, but is continuing. In fact, nine of the ten hottest years ever recorded, and the three hottest, have occurred since the year 2000. Those figures alone give the lie to the claims of the deniers. But, there is much more. 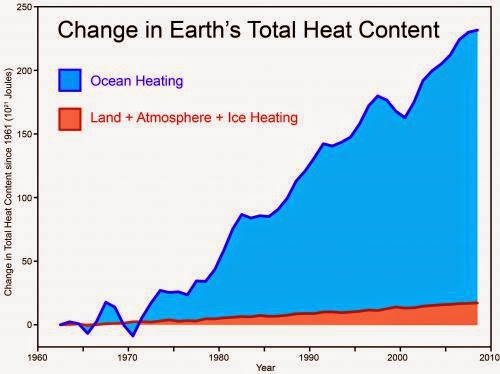 Now, they are in for even more trouble on this point. The temperature in April was tied for the hottest April ever. And now, we are told May was the single hottest May ever recorded.

And, the news keeps getting worse - worse for all of us, unfortunately. El Nino is setting in and there is a 70% chance of one occurring this summer and an 80% chance of one this fall. If it happens, then 2014 will continue to see warming temperature averages and 2015 could be even worse.

What do you think the deniers will say to cover their rear-ends when even the average person on the street will be able to see the deniers have been lying all along?


Posted by Dialogues on Global Warming at 7:27 PM